Mythical Funk and electronic music pioneer from Nigeria, William Onyeabor died on January 16 2017, according to his Luaka Bop Label. He was ill briefly and passed peacefully in his sleep, aged 70.

It would be a sacrilege, a gross oversight not to talk about this strange and unknowable ‘Fantastic man’ with his ground breaking music which entrenches him deeply in the history of Africa’s music forever.

The elusive artist who NEVER performed his music live in his lifetime became even more antisocial after embracing evangelical Christianity, turning down many interviews which sought to discuss his work. Coming from a region which was severely affected by the Nigeria/Biafra civil war of the late 60s, it is even more impressive that Onyeabor was able to emerge with his peculiar synths sound in the early 70s when the war ended, with the aptly titled ATOMIC BOMB.

After creating  his musical masterpieces including popular hits like ‘When the going is smooth and good’ ; ‘Fantastic man’; ‘Good name’; ‘Let’s fall in love’, to name a few, this mister one man band turned to business and industrialism, where he excelled in, in his hometown Enugu, also helping to build his local community.

In 2013 after “Who is William Onyeabor?” was released, his story spread across the world, inspiring musicians and people from various countries and cultures, and as he refused to play his music, there are many willing to play it, like American musician David Byrnes with the Atomic band, and the Lijadu Sisters who appeared on The Jimmy Fallon Show, with Onyeabor’s compositions in 2015. There are festivals far away from his homeland dedicated to him.

Englishman Damon Albarn; Mali’s Amadou and Mariam; Money Mark and Aweto Band from Brazil are just a few of many musicians who deeply admire his musicality and innovative energy.

Part of a statement posted from New York by late Onyeabor’s representatives on their facebook reads:

“It is with incredibly heavy hearts that we have to announce that the great Nigerian business leader and mythic music pioneer William Onyeabor has passed away at the age of 70. He died peacefully in his sleep following a brief illness, at his home in Enugu, Nigeria. An extraordinary artist, businessman and visionary, Mr. Onyeabor composed and self-released 9 brilliant albums of groundbreaking electronic-funk from 1977-1985, which he recorded, pressed and printed at Wilfilms Limited—his personal pressing plant in southeast Nigeria.“
May his futuristic funky sonic soul Rest In Peace.

Check out links below to know more about the legend. 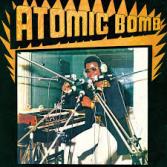 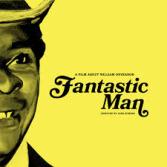